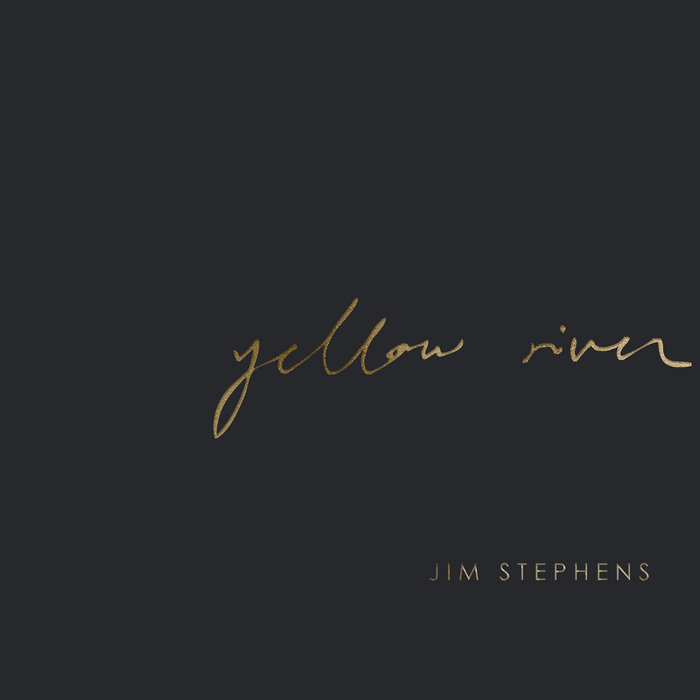 Yellow River brings some of Stephens’ All-Star New Orleans and Philly collectives together for a 10 song tour-de-force which is deep-rooted in Jazz, Soul, Blues, and Funk. The album was primarily recorded over 2 days at the legendary Esplanade Studios in New Orleans. Stephens wrote 6 of the songs, while personalizing and re-working cover songs and traditional gospel. Once again he delivered on the production and arrangements while playing lap steel, guitar, and harmonica.

Shaun Martin joins the band as pianist for 5 of the 10 songs, with Deej Roisin accompanying Martin on organ, and taking lead on the other piano tracks. Will Winborne Jr., an integral member of Stephens’ band, as well as performing regularly with BoyWonder, The Village People, and rising hip-hop stars XPresidents, lends his organ and rhodes work to the title track and accompanying Martin on organ on Stephens’ Norah Jones’- inspired take on The Band’s “Bessie Smith.”

The horn section features a pair of living legends in Big Sam Williams and Jeffrey T. Watkins (James Brown's horn director for the last 12 years of Brown's career, now with the New Orleans Suspects, who on top of his tenor work, stepped in for the intricacies and finalizing the horn direction on the album). They are joined by the elite talents of Lori LaPatka on alto sax, and Ian Smith on trumpet.

Stephens’ band featuress 3 amazing vocal talents in Ja-Tun Thomas, Andre “BoyWonder” Coles (who also plays guitar on the album), and Ariel Skye, all of whom shine on duets and solo appearances - most noticeably on Stephens’ re-working of the Ike and Tina Turner classic “Working Together,” - which employs full horns and Martin on Piano, with Thomas, Skye, and Coles trading lines as a vocal trio, with such inspired passion and soul that one would have to look hard and far to find previously achieved elsewhere. Skye especially shines on Stephens’ composition “Spend My Life,” with whom she is joined in duet with Shaun Martin, in arguably Martin’s best performance on record to date. The performance is beautifully accompanied by Sam Price and Sam Shahin.

Jim has taught music and ensemble performance in Biloxi, MS; Homestead, FL; Port Au Prince, Haiti; Gonaives, Haiti; and Tamil Nadu India. He has also co-taught in numerous inter-discipline arts programs. Jim has also been a panelist, speaker, and curator in numerous arts, art education, and music business forums. He has also designed and taught a class/ interactive lecture/presentation on the Artist’s Responsibility to Society.

Jim founded and produces Mermaid Rescue Week, a week long music and arts festival in Philadelphia in benefit and support of Domestic Violence and Rape Survivor advocacy, now entering its 5th year in 2019.

In 2014 Philadelphia City Councilman David Oh recruited Jim as one of two consultants/advisors to launch the now annual PHL LIVE, which showcases music as the economic stimulator it is throughout the city, while allowing up and coming musicians to meet, talk with, and learn from the best and most successful musicians, producers, and executives in Philadelphia and surrounding area.

Stephens has been an active and integral part of several major and up and coming artists securing label support, booking opportunities, and as a conduit for countless musicians to land work with top charting artists and in-studio work as session musicians.

Serena Cherry debuts her black metal project, plus a Pick from the Crypt block from Svalbard