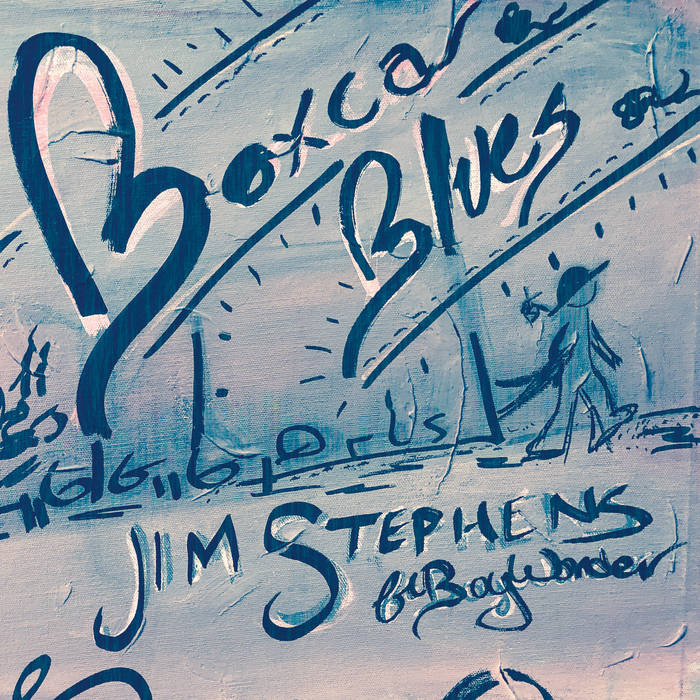 The album was recorded live over a couple of nights at Col. Mike Tyler’s “The Dungeon”. (Mike has produced, and performed with and recorded for everyone from LL Cool J’s unplugged, Tribe Called Quest, Billy Joel, Prince, Pearl Jam, G Love, The Fugees, and countless others, and was in house guitarist and producer for RuffHouse Records and Studio 4.

The vision was simple and easy for me. I have always wanted to record a delta blues and roots record. Raw. Un-pretty. Unsettling. I’ve always been a big blues kid and the influence and those roots come through on songs like “The Yellow” “Drowned Canvas” from On Our Way To Forever, and pretty much all of Philasippiola Soul. From the original full band song “Box Car Blues,” to “Poor Girl,” “Keep On,” “Torture Me,” etc. The opportunity to do an album so raw and acoustic in the manner and my original influences – even pre-jazz and soul influences, is a dream come true. The sounds, quality, every note is as deliberate as it is improved on the spot. There were no rehearsals, everything was live. I brought all of these songs to Boy Wonder as we were recording, and he slayed every one of them. Mike Tyler jumped in on “Bluebird” with some last minute bottleneck, with a High Life bottle. The songs are mostly dark, unsettling, and gritty. The happenstance crackling on “Waiting for you,” the way the sound is on “Death Bed Dreamin,” the way Boy Wonder’s vocals distorted the mic at the end of “Rebel Rouser” and “Loose Lipped Woman,” and just topically, I think I was able to accomplish what I set out to do.
I feel with the deliberate quality and honesty of this literal art, and in the homage and respect and tradition of all who laid the ground work for all American music, there is something everyone can relate to on the human condition, their own or a loved one’s. Of course nothing was getting by Mike if something wasn’t what it should have been. This album is an offering between the two FTBB records.

I, and we, also know that people don’t make records like this anymore. And we’re okay with that. A lot of people in mainstream audiences won’t understand it. It’s an album for the traditional blues, and roots purists. It’s honest. I’m sure other professional and touring artists will also have a deep appreciation. Hopefully we can open some new ears and educate some folks to this tradition of expressing sorrow and tragedy through storytelling, in this format and art form."

All songs written by Jim Stephens, Except:
Waiting for You by Ben Harper © 2005 off of Both Sides of the Gun Album: And John The Revelator, Traditional written by Son House

Serena Cherry debuts her black metal project, plus a Pick from the Crypt block from Svalbard